There are a number of options available, depending on where you want to go and how fast you want to get there.

From the free 'ski-season' shuttle bus that loops around the resort from 8:00 am til 4:30 pm each day, to luxurious shuttle buses and limos to take bring you to Sun Peaks, take you back to the airport, take you on a Sun Peaks Cat or Heli-ski day trip, or bring you to or from other British Columbia ski resorts like Whistler, Revelstoke, Big White and Silverstar. 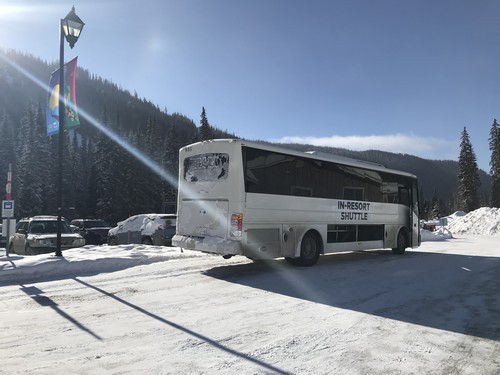 There is a convenient and free shuttle bus that operates from early December til the end of the ski season, and provides an easy way to get around Sun Peaks Resort without the need for a car.

The new, 24 passenger passenger bus starts at 8:00 am each morning at the main parking area/Village Day Lodge, and will do the first 20 minute loop by heading to the east end of the resort by the dog sled entry/overpass area, followed by the intersection of Valley Drive and Lookout Ridge Drive above Parking Area 6 (P6).

The bus then returns (with stops right out front of our Stone’s Throw condo, Trapper’s Landing Townhouse, and near Trail’s Edge and Timberline Village condo, to the Day Lodge before proceeding west down Fairways Drive and Burfield Drive (where skiers who went down some of the new runs on Morrisey will get picked up) for 2 loops.

The 1 loop east/2 loops west will repeat itself hourly each day, and during the peak holiday season, their 14 passenger will also operate so each loop will be serviced every 20 minutes.

The West route and schedule are as follows: 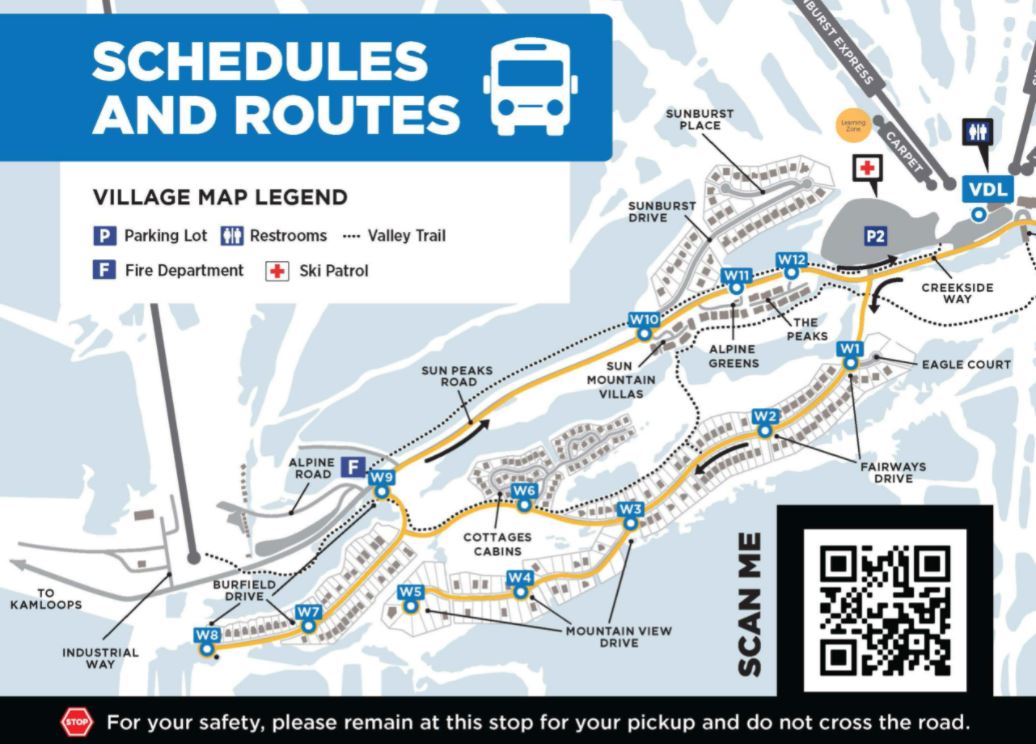 From Burfield Drive, the bus then returns to the Village Day Lodge on Sun Peaks Road before repeating the west loop again and then the east loop.

The red circles above are the main stops, and the orange circles are the secondary stops along the route.

Click to see the schedule for the main bus stops, as well as to view all the bus stop locations on the village map. 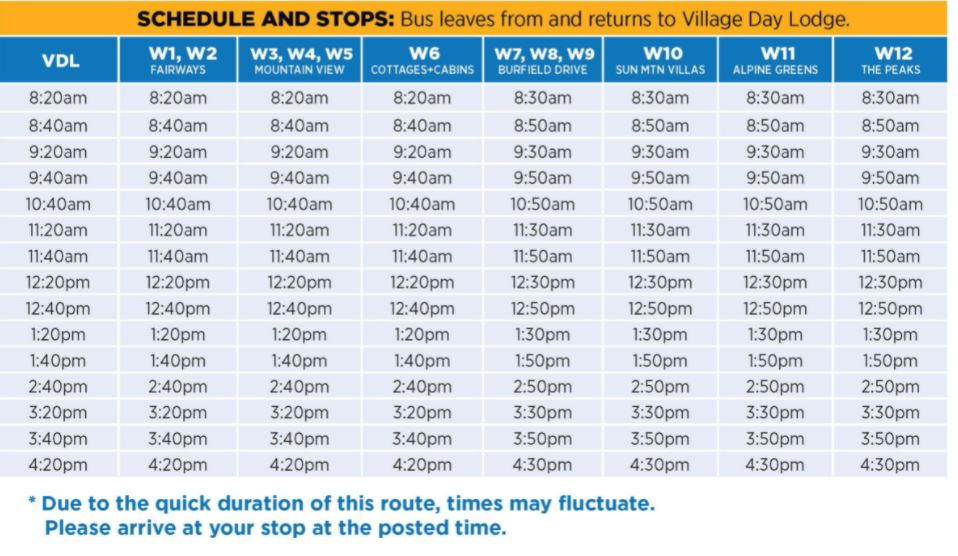 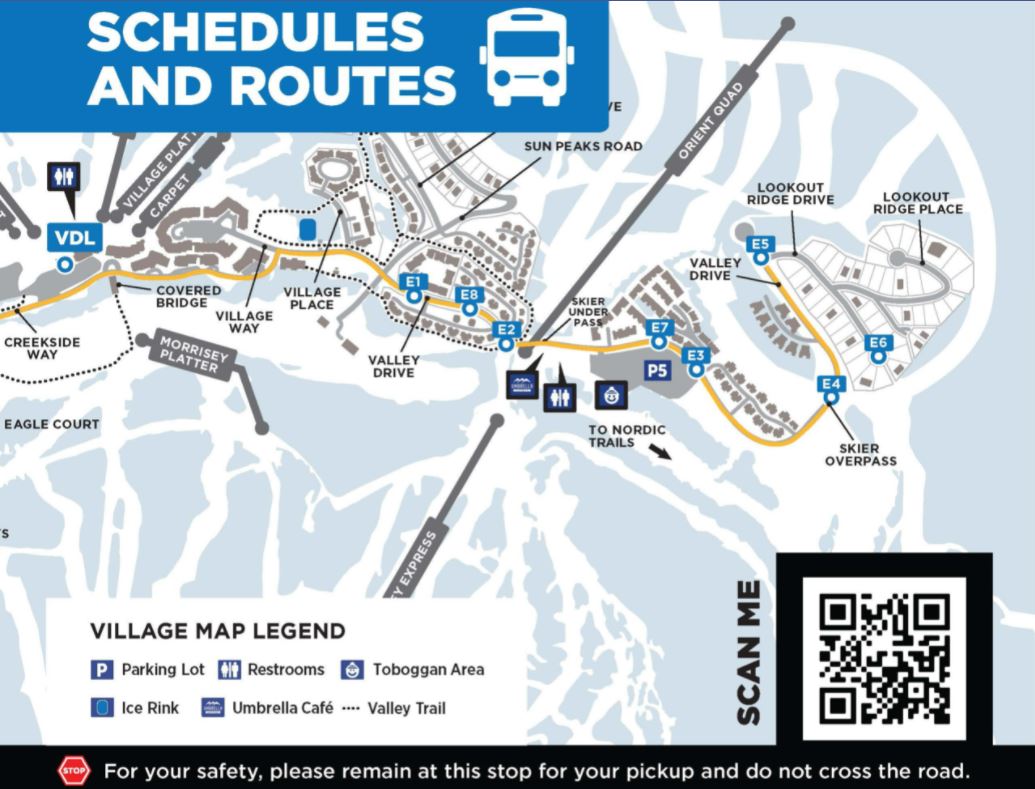 They have a fleet of new, luxurious, Ford Transit  14 passenger vans, and will be offering daily shuttle service to/from Kamloops Airport (YKA).  Other custom charters are available too.

Complimentary water, cell phone chargers, pillows, blankets and WiFi (where available), are included for your journey.

Safely travel the Coquihalla from Vancouver to Kamloops via a new regularly scheduled bus service.  When Greyhound left B.C. in November of 2018, Ebus took over the popular route.  Ebus has been servicing Alberta since 2011 and with their sister brand Red Arrow, the only luxury coach service of its kind in Canada, has been connecting people and communities in Alberta for almost 40 years.

They will be operating daily round-trip charters between Kamloops and Vancouver, with stops along the way in Abbotsford, Chilliwack, Hope and Merritt.

From there you can take the Kamloops/Sun Peaks shuttle (see above) bus or arrange for a Kamloops taxi to take you up to the resort.

Click for EBUS Vancouver to Kamloops route and ticket information. 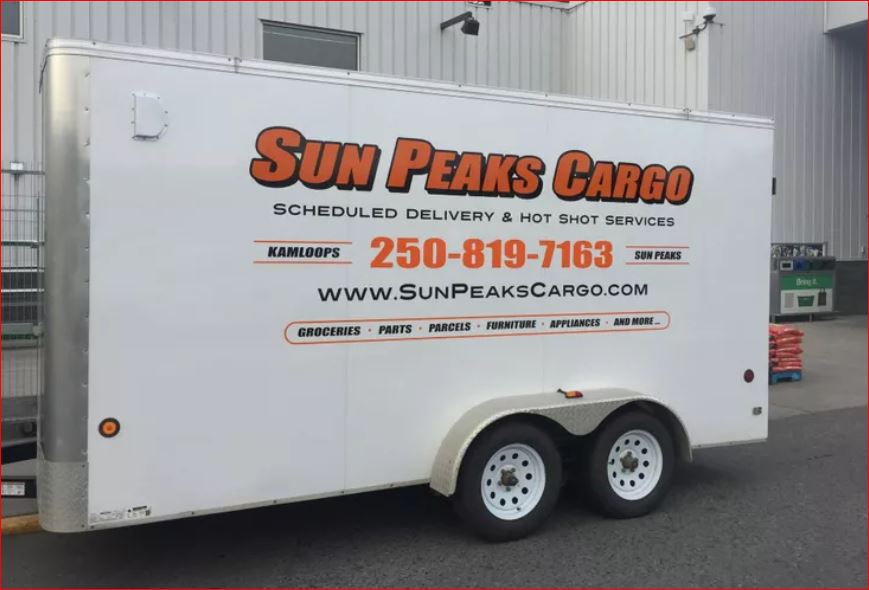 If the above options don't work but you still want to get some groceries, you can use Sun Peaks Cargo.

Sun Peaks Cargo is a fantastic and convenient new Sun Peaks Service that allows anyone coming to Sun Peaks to shop online for all their groceries ahead of time, and have their Sun Peaks groceries delivered right to their accommodation in Sun Peaks.  For a small surcharge, they will even load up your fridge/freezer items and leave the other groceries on the counter for you. Their prices are very reasonable and their service is great!

They also pick up furniture, large and small parcels, ski equipment that is shipped to/from Sun Peaks before/after your holiday, etc. which is a very convenient service for locals as well as visitors to Sun Peaks. 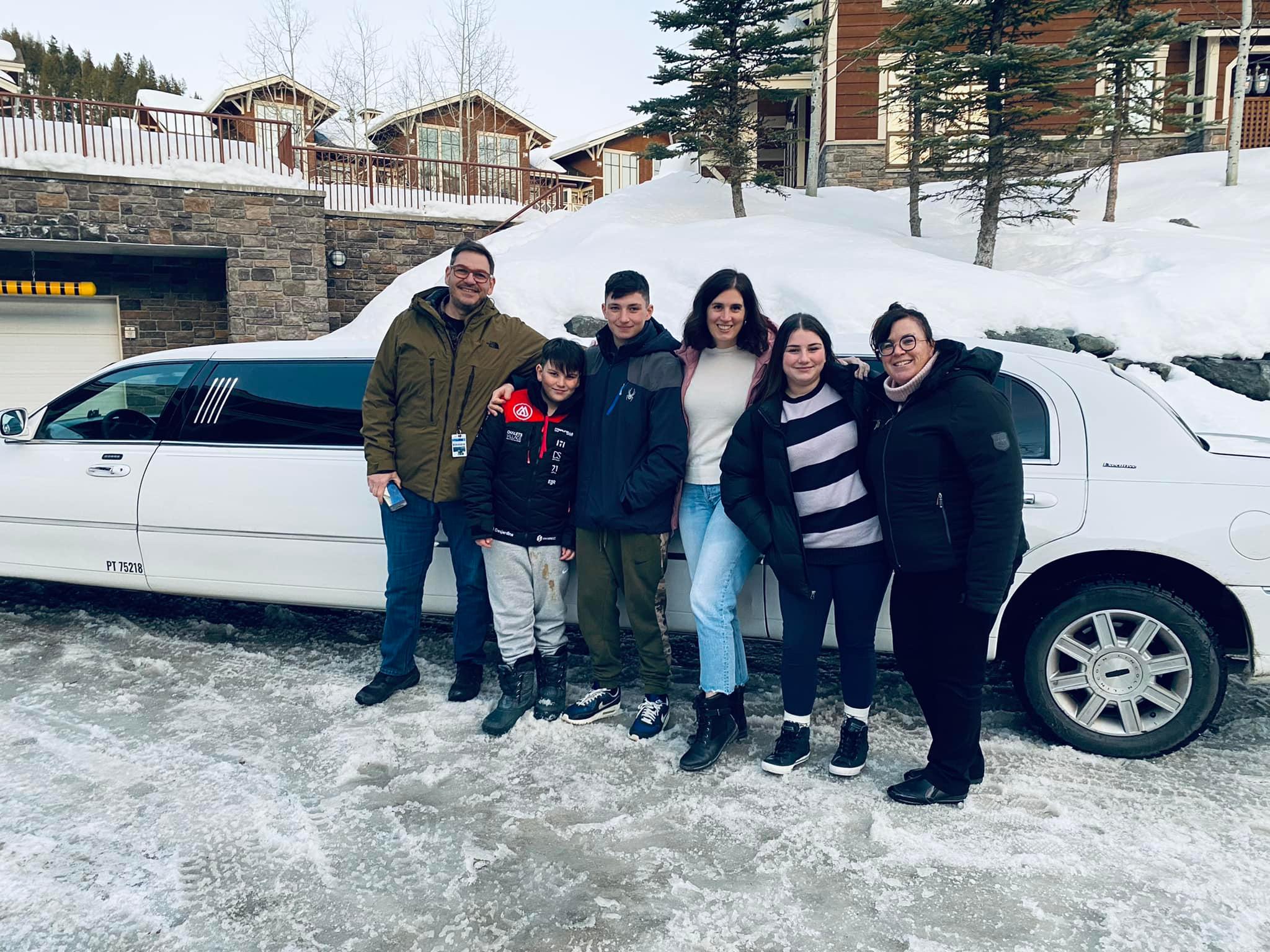 With Sun Peaks being just 45-50 minutes away from Kamloops Airport, some like to travel in even more style than the new Sun Peaks shuttle buses offer, and choose to hire a limousine to take them to/from the resort no matter the season they come to visit.

River City Limos frequents the resort and is equipped to travel safely during the winter, as well as in the summer. 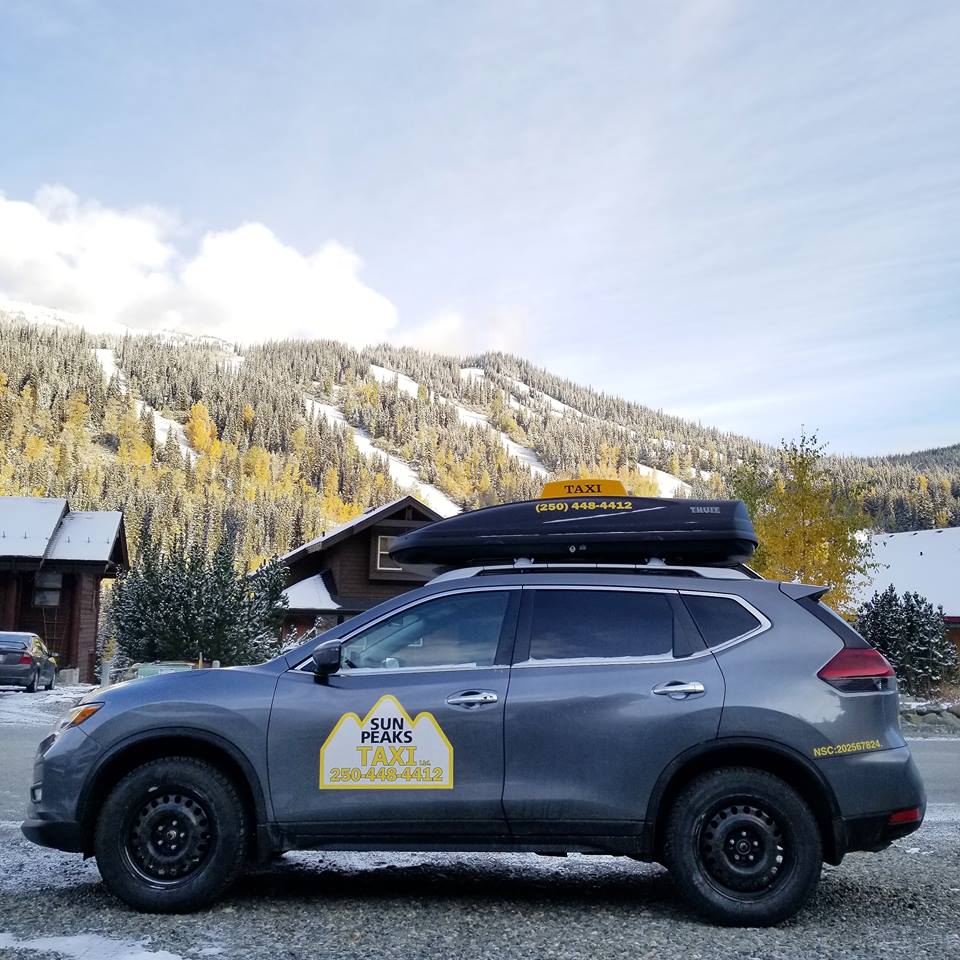 Their operating license is somewhat unique, in that they are allowed to pick-up and/or drop-off anywhere in British Columbia.  So they will be operating in and around Sun Peaks Resort on a regular basis, but can also be hired to pick passengers up at Kamloops or YVR/Vancouver Airport, take passengers to/from Whistler or another ski resort, or just about anywhere in BC.

Sun Peaks Shuttle Bus or Taxi To Other Ski Resorts 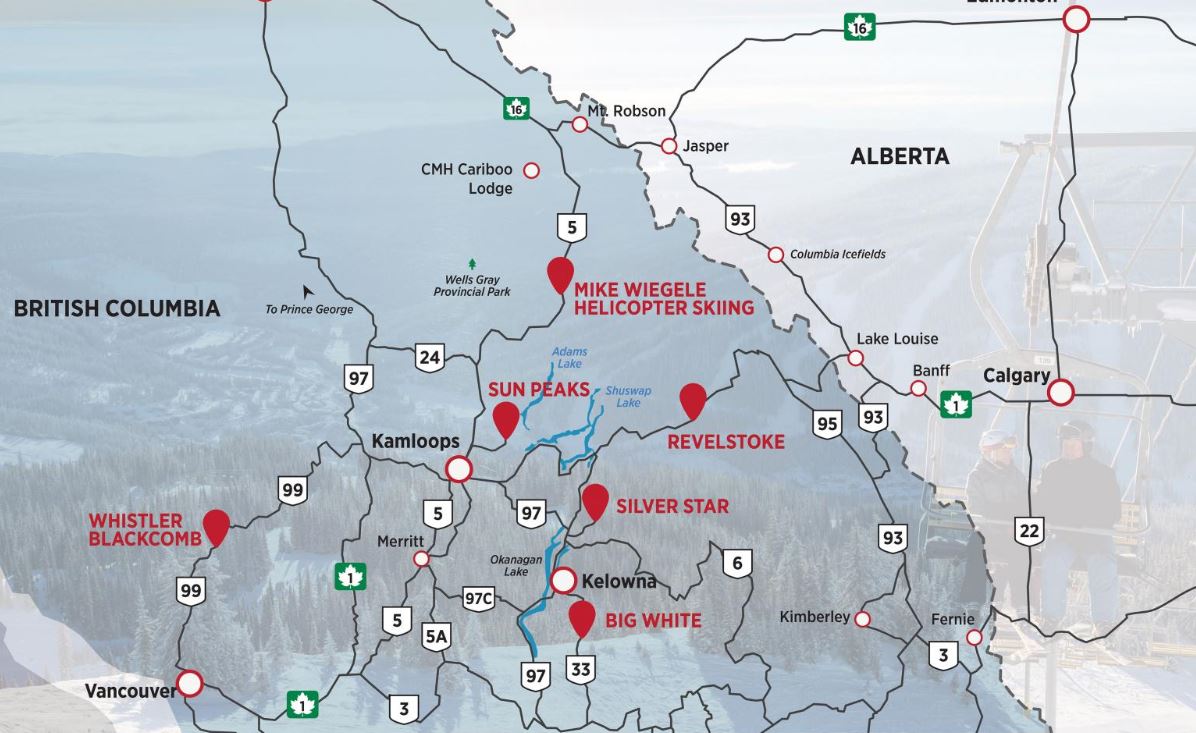