There were a number of interesting 2022 Sun Peaks improvements and changes happening as international travel began to open up and things slowly returned to normal.

Some changes are minor, and some are potentially 'Olympic' sized. From Axe Throwing to the West Bowl, here's what's new for guests to experience in Sun Peaks for 2022 and beyond: 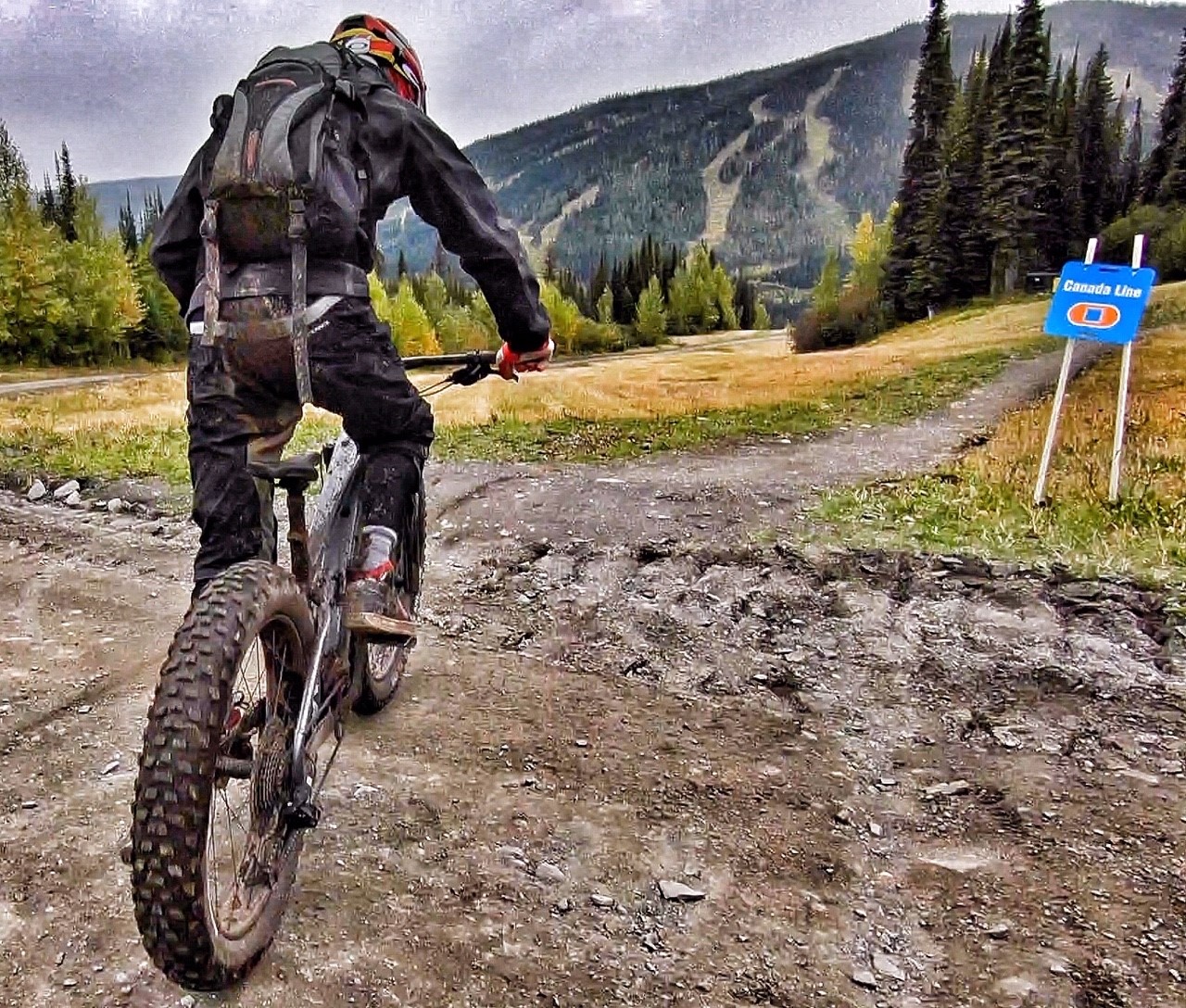 The wildly popular and ever-improving Sun Peaks Bike Park is expanding to include an initial 19 kms of new lift-accessed trails on a 2nd mountain - Sundance.  This will spread riders out even more, with 2 new black trails (with 1 advanced jump trail, 2 blue and 2 green beginner trails, and a green trail that takes bikers from top to bottom.

And as part of the current Sun Peaks improvements, the Resort and SPRTA (Sun Peaks Recreational Trail Association) have been super busy expanding the network of cross country and enduro-style free-to-use pedal access trails on Mt. Morrisey, with at least 12km of new trails available once the snow melts and the trails properly dry out.

These new trails are a combination of hand-built (by volunteers) and professional machine-built trails and will include a 2 km viewpoint trail, a 6 km climb trail (both shared with hikers) and a 4 km downhill trail. 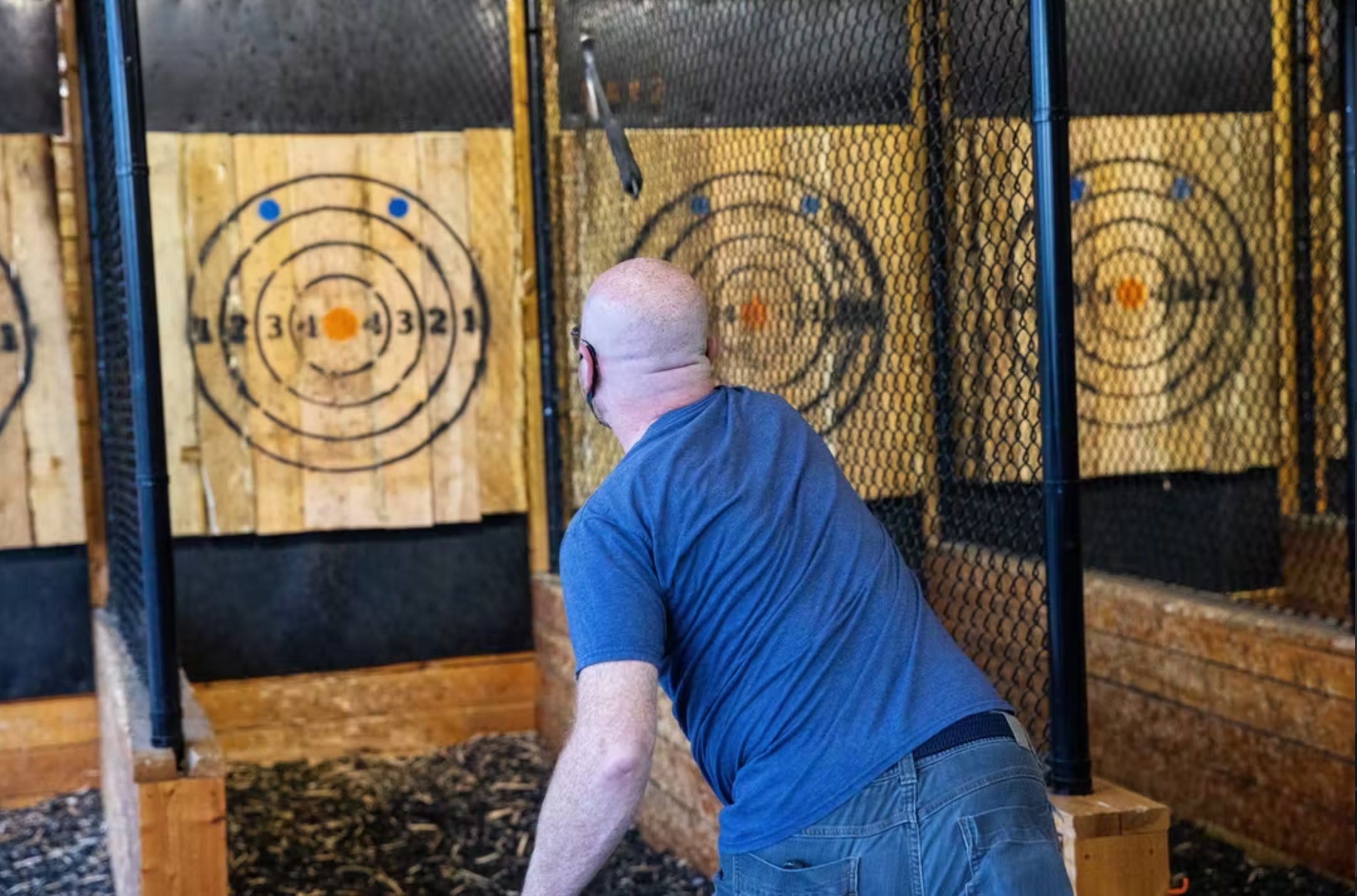 Another of the 2022 Sun Peaks improvements to the selection of activities that can also be enjoyed after the lifts close includes bullseyes, beers, and Cleavage Axe Throwing.

Cleavage Axe Co. is a ‘ Red and Black plaid and timber themed’ safe and fun indoor activity that will be a blast for individuals, families, friends, and even groups of up to 50 people.

There are 8 separate Sun Peaks axe throwing target areas, and their venue can hold up to 50 people. Great for groups and families, and group reservations and special events are allowed and encouraged!

Book your Sun Peaks Axe Throwing spot in advance and come and have a blast! 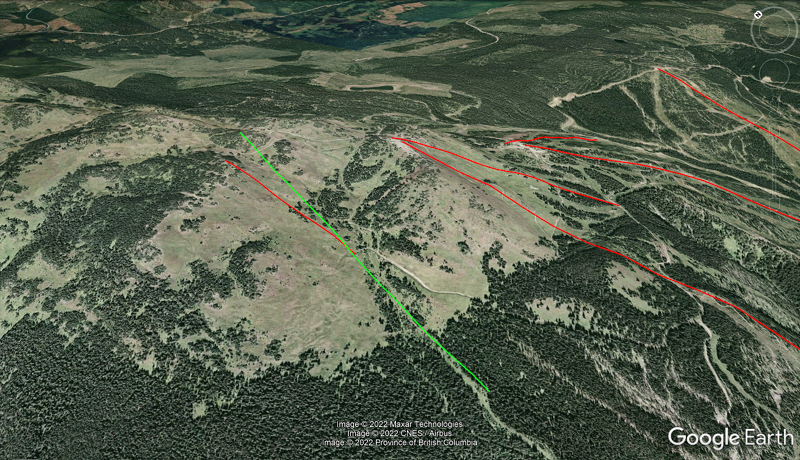 Exciting 2022 Sun Peaks Improvements news for those who love to explore the scenic, peaceful, gladed & intermediate runs of the Sun Peaks West Bowl, that have been hard to access since the COVID-19 and ‘old-age’ related closure of the West Bowl T-bar in 2020.

According to Liftblog, Sun Peaks has applied to the Province of BC for approval to be able to install a new Doppelmayr, mile-long, 1,000 foot vertical, high-speed detachable quad so that guests are able to access this area without having to hike to it as they have in the past few years.

As long as permission is granted by the province and a potential nod for Sun Peaks to co-host part of the 2030 Winter Olympics doesn't happen (which could change construction priorities), construction will occur in 2023 and 2024, with a planned opening date in time for the 2024/25 ski season. 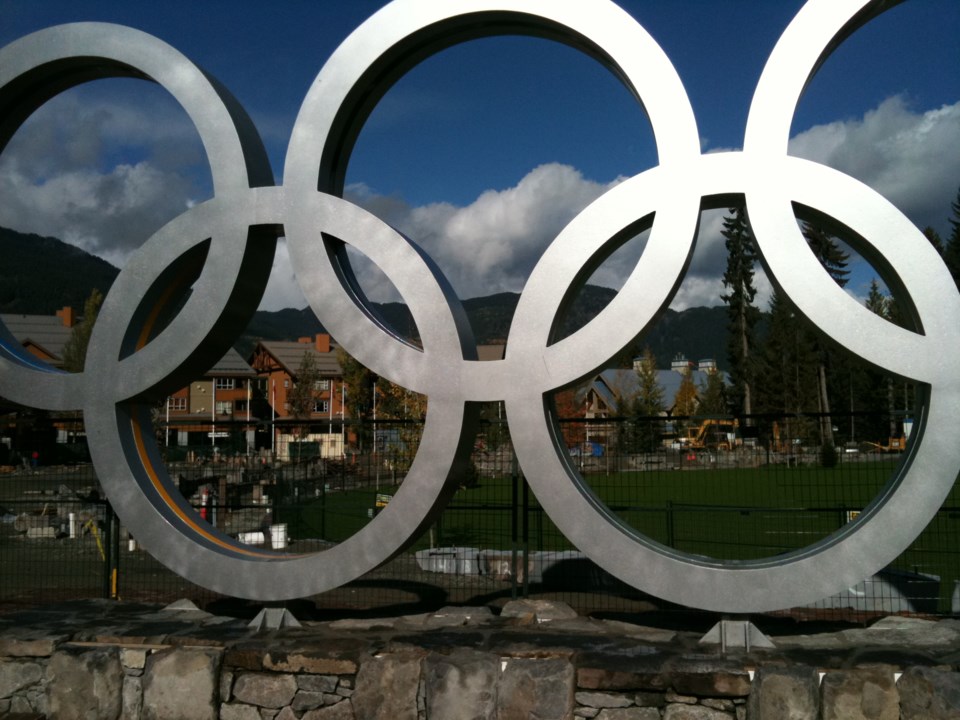 Could the 2030 Winter Olympics be coming to Sun Peaks? (Photo Kamloops this week)

While it's just a pipe dream at the time of writing this, Sun Peaks has been chosen as the host location for snowboard and freestyle skiing if the Vancouver 2030 Olympic bid, in conjunction with four host First Nations from Vancouver, goes ahead.  New venues and Sun Peaks accommodation would be built for the events, and Sun Peaks would be working in conjunction with the four local First Nations bands as well as the city of Kamloops to make this a fantastic part of the Olympic dream.

Following the success of the 2010 Vancouver Winter Olympics but with the difficulties of having the snowboarding and freestyle events at Cypress Mountain where snow was a big problem and had to be trucked in, the 2030 Olympic bid committee checked out numerous other ski mountains, including Big White and Apex, and Sun Peaks came in the best possible alternative.  More about the Olympic possibility via Kamloops this week.

This will be awesome for Sun Peaks and the resort community if it goes ahead!